Back to Newsletter Archive
Published November 2022 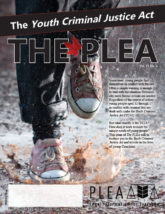 When youth justice court must decide on a case, they must follow the principles of the Youth Criminal Justice Act.

THE FACTS OF THE CASE

He was stopped by the police at 2:00 AM after they observed him speeding and swerving. In addition to D.P. there were three other teenaged passengers in the car. D.P. was a new driver and as such was not allowed to drive after midnight. The police found open and partly empty liquor bottles in the car. They also found marijuana and paraphernalia for using marijuana in the car. A breathalyzer test showed D.P.’s blood alcohol content to be .1 which was over the limit of .08 but not a particularly high reading.

The pre-sentence report indicated that D.P. had never been involved with the criminal justice system before, that he was a high school student with plans to take engineering at university, that he participated in sports and that he held down a part-time job. The report also explained that D.P.’s parents were divorced and that his mother had moved to another country. As a result D.P. had little contact with his mother. His father struggled with depression and alcohol abuse. D.P. had begun drinking alcohol and using marijuana as well as exhibiting some anger issues.

In deciding on probation the sentencing judge referred to another case where she sentenced an adult to jail for causing someone’s death while driving under the influence of alcohol, as well as referring to the need to impress on youthful offenders that drinking and driving is a serious criminal matter and her concern that D.P.’s alcohol and marijuana use could lead D.P. to drink and drive again.

D.P. appealed the probation sentence arguing that it did not conform to the sentencing principles of the Youth Criminal Justice Act.

The YCJA has a number of sentencing principles. Below is a summary of some of the ones considered in this case.

The court determined that the trial judge failed to consider some relevant factors under the YCJA, overturned the decision of the trial judge, and sentenced D.P. to a conditional discharge.

The appeal court found that the trial judge had not considered the requirement to impose the least restrictive sanction capable of achieving the guiding principles of sentencing under the YCJA or the need to emphasize rehabilitation and reintegration. The court also found that the trial judge had overemphasized the need to deter D.P. from drinking and driving again and the need to deter other young people. The court came to this conclusion based on the judge’s comments about the impaired driver she had sentenced to jail as well as other comments she made before and after this comment about the need to deter D.P. and others from drinking and driving.