No Matter What: Me and My Family 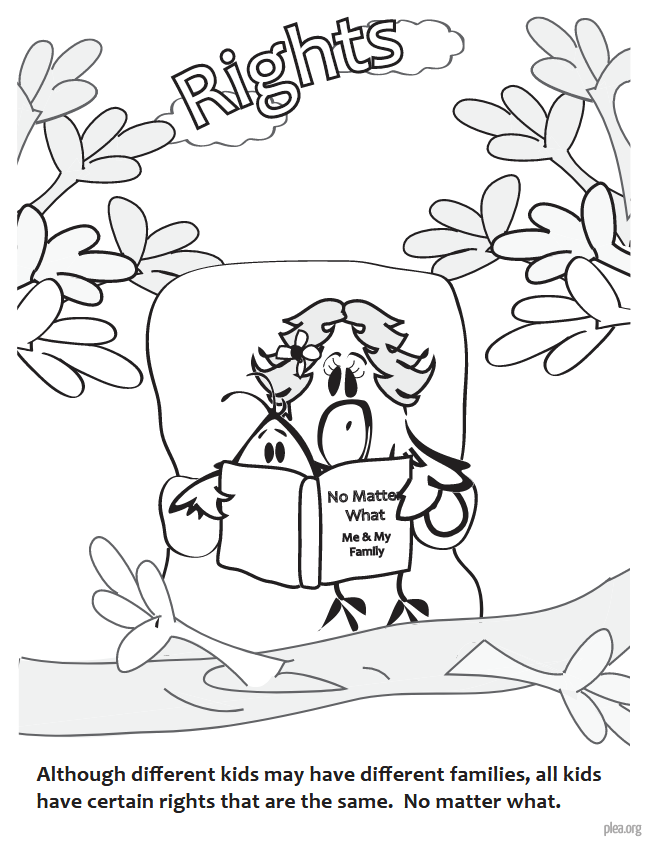 Through various international conventions, Canada’s commitment to human rights requires our government to balance the rights and needs of children, on the one hand, and those of parents on the other. Specifically, the United Nations Convention on the Rights of the Child sets out the independent rights of children while recognizing that the best interests of the child are typically realized by supporting the child’s family unit.

In Saskatchewan the legal responsibilities of parents who have never been married are governed by provincial laws such as The Children’s Law Act and The Family Maintenance Act. The legal responsibilities of married parents are governed by these provincial laws as well as the federal Divorce Act. In these contexts, the responsibility or obligations of parents typically results in rights for children. It is important to note that regardless of a separation or divorce all children have the same rights, whether or not their parents are, or ever were, married.

The law recognizes that both parents of a child have legal rights and obligations towards the child. Unless a court orders something different, the parents of a child are generally considered joint legal custodians with equal rights, powers and duties. Children also have rights of their own, rights that a parent cannot deny to the child.

The law says that both parents must support their child. This applies to parents whether they are married, living together, separated or divorced, and even when they have never lived together as a couple. This obligation to provide support also applies regardless of how much time the parent spends with the child or their level of involvement in the child’s life. Courts have very clearly stated that...

Something to Think About…

Several ideas that explore the rights of children in the context of Saskatchewan family law and in the context of the United Nations Convention on the Rights of the Child are found in this guide. You may
wish to explore a few of the ways to expand your knowledge in these areas.

Oxfam, an organization that works towards a more just and sustainable world, has created a series of lesson plans about children’s rights for those aged 8-10. Based on the goals of the UN Convention on the Rights of the Child, these lessons help young people explore the difference between wants, needs, and rights.